The air ‘shuttle’ concept can trace its history back to the 1950s. As air travel grew, airlines began to offer high-frequency flights between city pairs, with a simplified fare and class structure.

But it was the launch of Eastern Airline (EA) no-frills, hourly link between New York La Guardia (LGA), Washington National (DCA) and Boston Logan (BOS) that saw the shuttle concept take off. The Eastern Air Shuttle took to the skies on April 30, 1961, using a dedicated fleet of Lockheed L-1049 Super Constellations.

Passengers could turn up at the airport, board a plane and pay for their ticket once on board. Everyone was guaranteed a seat. If the plane were full, another would be provided.

Following US deregulation in 1978, other carriers began to compete on the service, starting with New York Air (NY) in 1980. Pan Am (PA), USAir (US) and even Donald Trump’s Trump Shuttle (TB) would all end up competing on one of the world’s busiest air corridors.

Bringing The Shuttle Concept To Europe

Management of the new airline looked at streamlining its operations. BEA’s domestic routes had for many years formed the backbone of its services but had often been loss-making.

Emulating Eastern’s Air Shuttle success was high on BA’s agenda. The service would be the first of its kind within Europe. Just like in the US, passengers could turn up at the gate ten minutes before departure and guarantee themselves a seat. If the flight were full, BA would supply another aircraft, even if it was just for one passenger.

On Sunday, January 12, 1975 the first BA “Shuttle” service took to the skies from London Heathrow (LHR) bound for Glasgow (GLA). Flights would depart between the two cities every hour Monday to Saturday and every two hours on Sunday’s.

Initially, nine of the carriers Hawker Siddeley Trident 1s were utilised for the operation. The Trident was a perfect fit for the “Shuttle” with its auto-land proving invaluable for the UK’s changeable weather conditions. BA continually emphasised this point in its promotion for the service. Indeed, if the aircraft landed using auto-land, passengers were given a card that allowed them to send off for a free commemorative scarf or tie.

The Trident’s were configured in a single-class 100-seat layout. As no food was offered, the onboard galley’s were removed. Trident 1s were eventually replaced by Trident 3s and used as backup aircraft, along with BAC One-Eleven’s and Boeing 737-200s.

BA would bring in its Boeing 747s or Lockheed Tristar’s during busier times to cope with the surplus passengers. Occasionally it would even deploy its flagship Concorde on the “Shuttle.” In the late 1980s and 90s, the supersonic airliner would fly frequent charters from regional airports. Rather than position the jet empty from LHR, BA would deploy it onto one of its Glasgow, Edinburgh or Belfast rotations.

Edinburgh (EDI) was added to the “Shuttle” route map on April 1, 1976 and Belfast International (BFS) joined a year later. Finally, Manchester (MAN) was the final airport to be added on October 28, 1979. This service would be operated by BAC One-Eleven’s rather than the Trident.

BA even planned to extend the “Shuttle” concept outside of the UK and on to its key European services, with flights to Paris and Brussels mooted. Discussions began with regulatory bodies and rival airlines such as Air France (AF) and Sabena (SN). Sadly talks fell through and BA never extended the service.

The BA “Shuttle” had proved a hit. Passengers loved the ease and convenience of the service. A year in 1.2 million passengers had been carried and soon, other airlines began to look at emulating this success.

British Midland (BD) was one of BA’s biggest rivals and on November 1, 1982, launched its ‘Diamond Service’ between LHR and GLA. The carrier employed its Douglas DC-9s on the flights which operated up to six times per day, offering lower fares and an inflight service with complimentary hot drinks and meals.

BFS and EDI were soon added and BD quickly began to garner a loyal following, luring away BA’s passengers. “Shuttle” needed an upgrade and with the help of BA’s brand new CEO, Sir Colin Marshall, launched the “Super Shuttle” on August 30, 1983.

Gone was the no-frills, no inflight service, replaced by a free bar, complimentary hot drinks and even a hot breakfast on morning flights. To mark the occasion, passengers were treated to a trip on Concorde after BA laid on three jets especially for the inaugural flights.

The launch of the “Super Shuttle” also coincided with the arrival of the airline’s brand new Boeing 757-236s. BA had chosen the type as a replacement for its tired and uneconomical Trident’s in 1978 when it became the launch customer with Eastern Airlines. The last Trident (G-AWZU) was retired on December 31, 1985.

The 757 was configured in a high-density layout with 207 seats, and its introduction saw BA regain its position as the leader on the UK domestic trunk routes. The 757s were assisted by the carriers 737s and occasionally, during busier times, its new Boeing 767-336ERs would also be brought in for additional capacity.

Once rivals BA and BD soon saw the benefits of cooperating on the “Shuttle” routes. Rather than having aircraft on standby in case of full flights, BA would simply transfer any additional passengers to BD’s services. Meanwhile, BD could move its passengers onto BA’s flights if weather conditions meant its DC-9s could not be operated.

Sadly, passengers can no longer ‘turn up and go’ for UK domestic flights. The terrorist atrocities of 9/11 ended those operations overnight.

In the late 1990s and early 2000s, BA and BD’s shuttle service came under increased competition from the growing number of low-cost carriers who began to undercut the full-service airlines.

The improvement of train services and reduction in journey times, especially on the West Coast mainline between London and Manchester, also reduced passenger numbers and thus BA was forced to cut flights.

The 757 would eventually be replaced by the smaller capacity Airbus A320 jets, none of which were ever configured specifically for the “Super Shuttle.”

The branding and service remained for many years until “Super Shuttle” was quietly removed some years ago. However, the “Shuttle” callsign remains to this day, a reminder of the by-gone glory days of UK aviation.

Did you ever fly on a BA “Shuttle/Super Shuttle”? What are your memories of the service?

© Jet Back In Time by Lee Cross 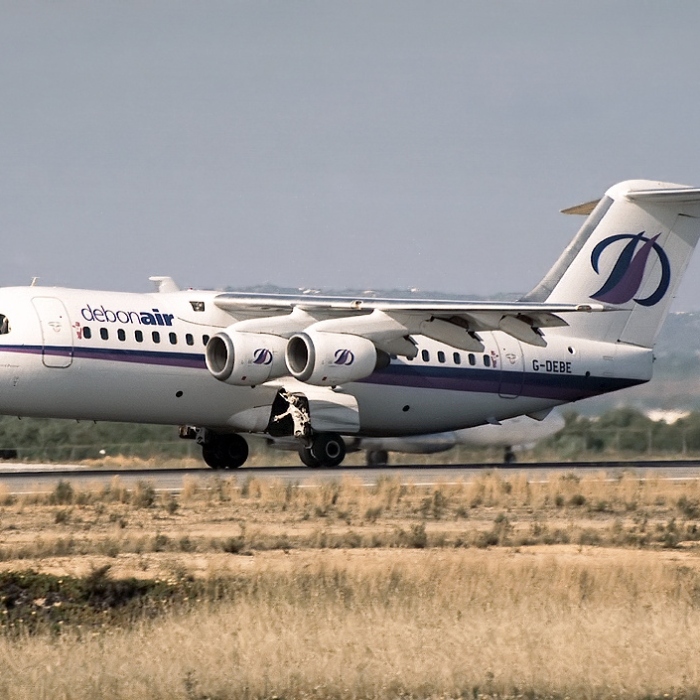