Cyprus Airways (CY) made its inaugural flight on April 18, 1948 after being established on September 24, 1947 as a joint venture between the British Colonial Government of Cyprus, British European Airways (BEA) and numerous private investors.

During these early years, Cyprus Airways was operated as a subsidiary of BEA. The British carrier capitalised on the Cypriot airline’s ability to serve destinations across the Middle East routes that were then the preserve of British Overseas Aircraft Corporation (BOAC).

In 1956 CY looked at expanding its route network and ordered two Viscount 756s, to be named ‘St Hilarion’ (registration G-APCD) and ‘Buffavento’ (G-APCE). However, due to the deteriorating political situation on the island, these aircraft were never delivered.

On January 26, 1958, British European took complete control of the carrier, agreeing to operate all flights using its own fleet of Vickers Viscounts based at Nicosia.

On August 16, 1960 Cyprus gained independence from the United Kingdom. This coincided with the Cypriot Government taking majority control of the flag carrier with 53.2% shares. BEA, meanwhile, kept a 22.7% stake.

The airline could now become the country’s airline wanted and needed, as Cypriot nationals began to be hired as flight and cabin staff.

BEA would remain a pivotal partner during this period, with Cyprus Airways still very reliant on the former for aircraft, operational, and engineering support.

When BEA introduced the de Havilland Comet 4B on its Nicosia, Athens (in co-operation with Olympic Airways), Rome and London routes in 1960, the jets were operated in the BEA livery but had the Cyprus Airways logo and titles above the doors. This made the Cypriot carrier the first in the Middle East to operate jet aircraft.

In October 1965 two Viscount 806s were leased from BEA to operate the low-density, regional routes from Nicosia to Beirut, Tel Aviv, Jerusalem and Cairo.

Tragedy struck on October 12, 1967 when BEA Comet (G-ARCO) operating flight CY284 exploded at 29,000 feet off the coast of Ródhos, Greece. Terrorists had planted a bomb under a seat at the rear of the cabin. There were no survivors amongst the 59 passengers and seven crew members.

The Comets and Viscounts were slowly replaced as the airline received its first Hawker Siddeley Trident 2Es in November 1969.

The carrier also introduced the BAC 1-11 to its fleet, eventually operating three of the type that allowed new routes to Frankfurt, Manchester, Brussels, and Paris.

In 1974 during the Turkish invasion of Cyprus, five of the carrier’s aircraft were caught under fire at Nicosia International Airport. Two of the Tridents that suffered more minor damage were flown to the UK in 1977 to be repaired. The company’s sole 1-11 was also flown out after being repossessed by its insurers. It would return to the fleet in 1978, where it remained in service until 1995.

Nicosia, which at the time was the only airport on the island, was forced to close its doors, and the airline temporarily suspended its operations. Meanwhile, the Cypriot government looked at organising a replacement facility, resulting in the construction of a small terminal next to a runway in Larnaca (58km to the south).

Limited operations recommenced on February 8, 1975 using a Vickers Viscount turboprops and, in August 1975, a pair of Douglas DC-9s.

A sole DC-8 was added several months later to allow the resumption of a non-stop service on its flagship London route.

As the airline entered the 1980s it had an ageing fleet of four Boeing 707-123Bs and three BAC 1-11s and was in desperate need of an upgrade.

This came in the shape of the airline’s first wide-bodied jet, the Airbus A310. CY became one of the earliest operators of the type when its first example arrived on February 16, 1984. Four would eventually join the fleet.

The CY was one of the first airlines in the world to operate the A310 and one of the launch customers for the IAE V2500 powered A320s, along with Adria Airways, when it ordered eight of the type in 1989.

Following the merger between BEA and BOAC, British Airways inherited the former’s shareholding in the Cypriot carrier but chose to sell all but 5% to the Cypriot government in 1981. The last of its shares were sold in 1991.

The 1980s were a boom time for Cyprus Airways, with record profits reached and well over half a million passengers carried each year.

Riding this wave, the airline continued its expansion plans, focusing primarily on the lucrative UK market and launching direct scheduled services to Cardiff, Newcastle and Glasgow.

Operations began on June 12 with two new Airbus A320 aircraft. UI later added two more A320s before switching to a Boeing fleet in 2003. The airline was sold to the Cypriot Government on June 28, 2006.

CY also added many new cooperation agreements with other airlines, including Air France/KLM, Saudia Arabian Airlines, Etihad and Gulf Air, as it developed its international reach by linking Europe and the Middle East.

By the mid-1990s, more than one million passengers were flying Cyprus Airways each year, and the airline’s market share approached 40%. After a rough couple of years, the company posted a C£13 million profit in 1994 thanks to cost-cutting and improved marketing efforts.

During the new millennium, CY introduced a new livery to coincide with the arrival of two brand new Rolls-Royce Trent 700 powered Airbus A330-200s to replace the ageing A310s and two new Airbus A319s.

Cyprus Airways put in its first A330 into service on the flagship Heathrow route on January 25, 2003. The aircraft was laid out in a two-class cabin with 30 passengers in the airlines ‘Apollo’ business class and 265 in ‘Aphrodite’ economy class.

In 2003 the airline founded Hellas Jet (HJ), a charter airline based in Athens. This new charter carrier served destinations in Greece and Europe. But it never turned a profit, and in August 2006, CY sold its shares.

In 2004 Cyprus joined the European Union (EU), allowing low-cost carriers (LCCs) to increase their operations on the island. By 2006 the airline was encountering significant financial difficulties.

The Cypriot economy was one of the worst-hit following the eurozone crisis, which started in 2009, impacting the already struggling airline, and numerous turnaround plans were put forward by management.

To save the ailing flag carrier, the government attempted to merge Cyprus Airways with the now state-owned Eurocypria, which had also been having financial difficulties. Sadly the merger failed, and the charter carrier suspended its operations on November 4, 2010.

By early 2011 the airline had cut its fleet down to three A319s, five A320s and two A330-200s. It also revealed it would be entering into a strategic partnership with Olympic Air (OA). This was a vain attempt to fend off competition from Greek carrier Aegean Airlines (A3), which had been rapidly expanding its presence in the Cypriot market.

On 28 June 2011, the airline issued a profit warning to the Cyprus Stock Exchange, attributing this to: “The continuing financial crisis and to the further significant increase in fuel prices.”

To curb continued losses, CY cut most Middle East destinations from the timetable in 2011/2012, including Bahrain, Cairo, Damascus, Dubai and Jeddah.

The airline also cut capacity by 30% on services to the UK, once its second-largest market. Operations to France and Lebanon were also halved.

The A330s were replaced by two A321s which arrived in June and August 2012, under lease for six years. The aircraft lasted just a year when further capacity cuts led them to be handed over to Monarch Airlines, leaving just nine aircraft – two A319s and seven A320s.

However, one market that was bucking the trend for the ailing airline was Russia. Two very popular and indeed profitable flights, to Moscow and St. Petersburg, had been introduced, and in 2014 talks were entered with Russian carrier Aeroflot regarding a potential takeover. Sadly, the talks subsequently fell through.

To raise more cash, the airline began to sell its lucrative London Heathrow slots, with the last two being sold to Middle East Airlines (MEA) in March 2014 for €6.3 million. CY then switched its daily service to London Stansted, meaning its passengers would now miss out on long-haul connections to New York, Boston and Los Angeles following the airline’s code-share tie-up with Virgin Atlantic (VS) in July 2011.

Crippled with financial woes, the airline now started to retrench its services at its main hub of Larnaca. As it did so, other airlines stepped in to fill the void. Both Transaero (UN) and Thomas Cook (MT) began to aggressively grow their presence, piling further pressure on the carrier’s main markets to Russia and the UK.

The Cypriot government had tried to put the carrier up for sale, with Ryanair (FR) and Aegean Airlines (A3) becoming the front runners. However, the FR’s flamboyant CEO Michael O’Leary stated his airline was “not particularly interested” in stepping in.

But no buyer could be found, and so for years, Cyprus Airways was propped up with state aid provided by the Cypriot government. But on January 9, 2015, the European Commission ruled that the money-losing 93% state-owned flag carrier would have to pay back around €65 million ($77 million) of the €103 million ($122 million) it had received in bailouts between 2012-2013, claiming this had given the airline an unfair advantage over its competitors.

Unable to raise funds, at 9 pm on January 9, 2015 Cyprus Airways flight CY337 from Athens touched down at Larnaca, marking the final flight of this once great airline and the end of 67 years of operations.

N.B. The author does not own the rights to any of the images included in this article unless otherwise stated.

© Jet Back In Time by Lee Cross. 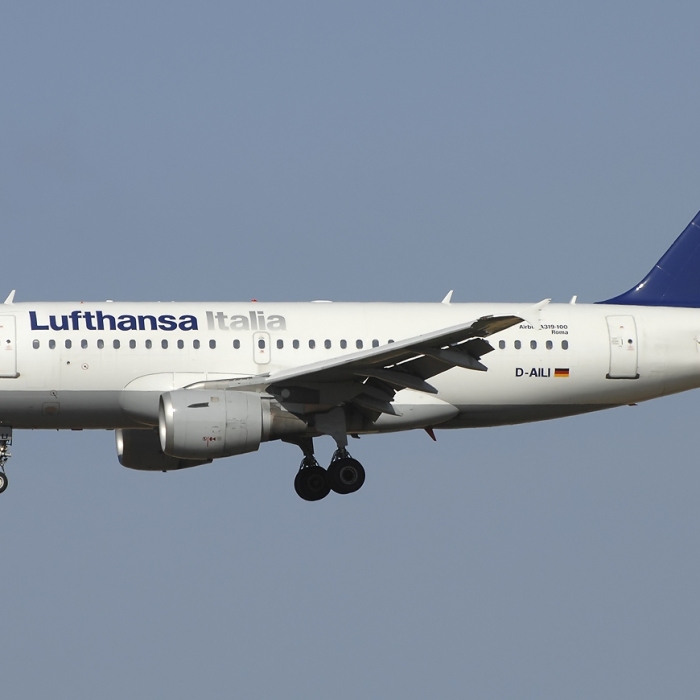 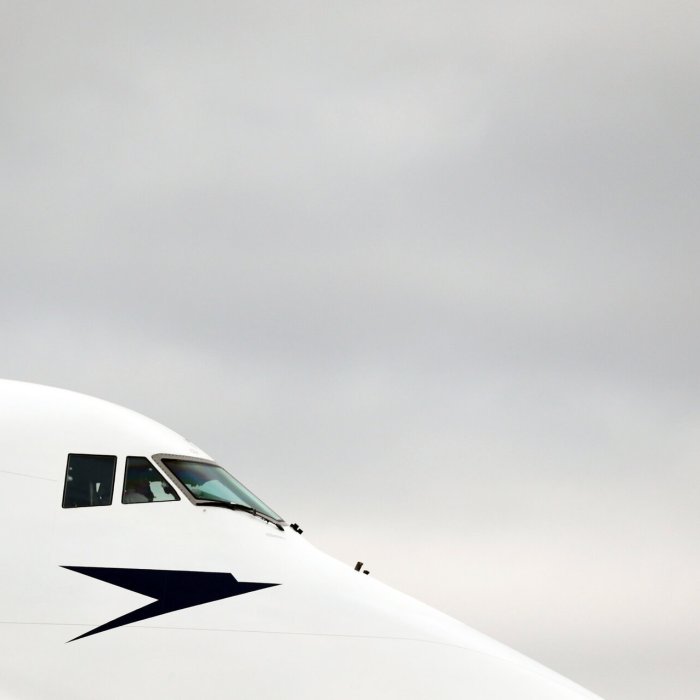 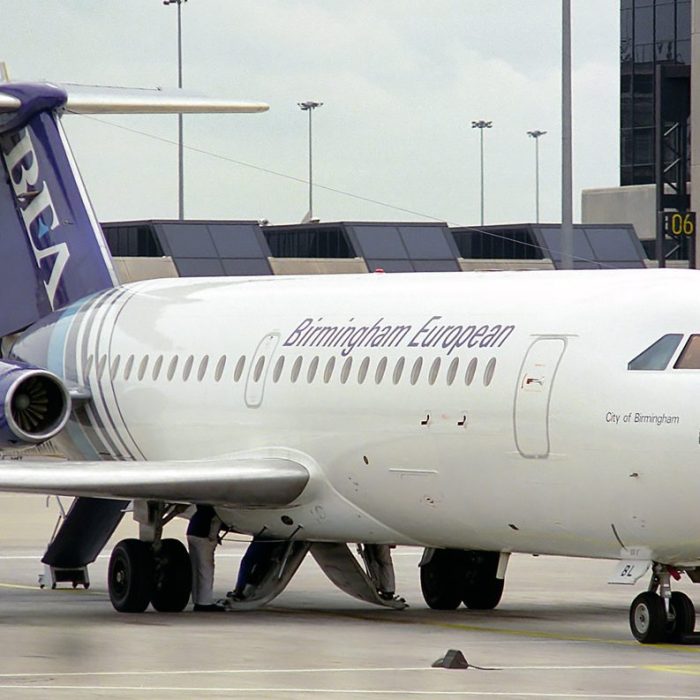 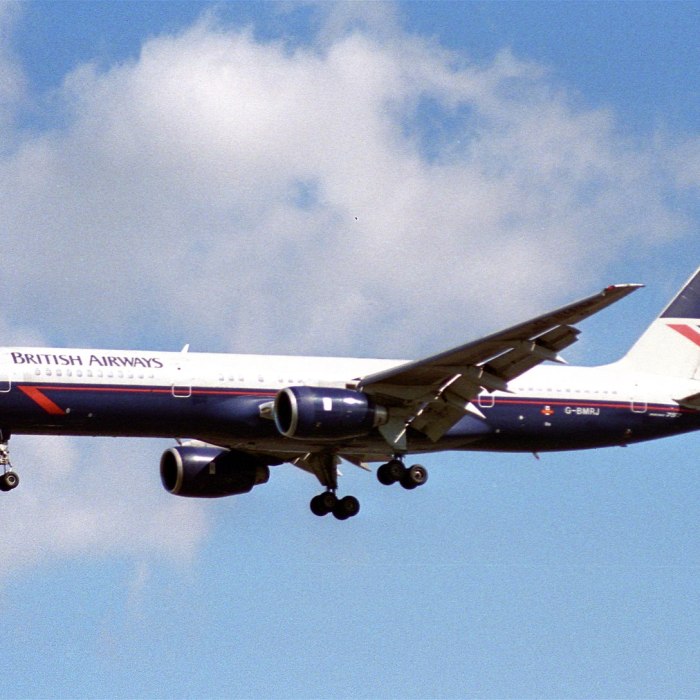